Diane Jones, a 35 year old housewife was two months pregnant when she vanished late in the evening of July 23rd 1983 from the gates of her luxury house in Coggeshall, Essex.  She was gone in the time it took her husband Dr Robert Jones to park their car in the garage. Three months later her body was found hidden in a dense copse almost an hours drive away from her home. She had been beaten to death with a spiked hammer.

If you’ve enjoyed this episode of The Outlines Podcast and want to read up a little more on the case. Here are some videos, links and images that you may find helpful. 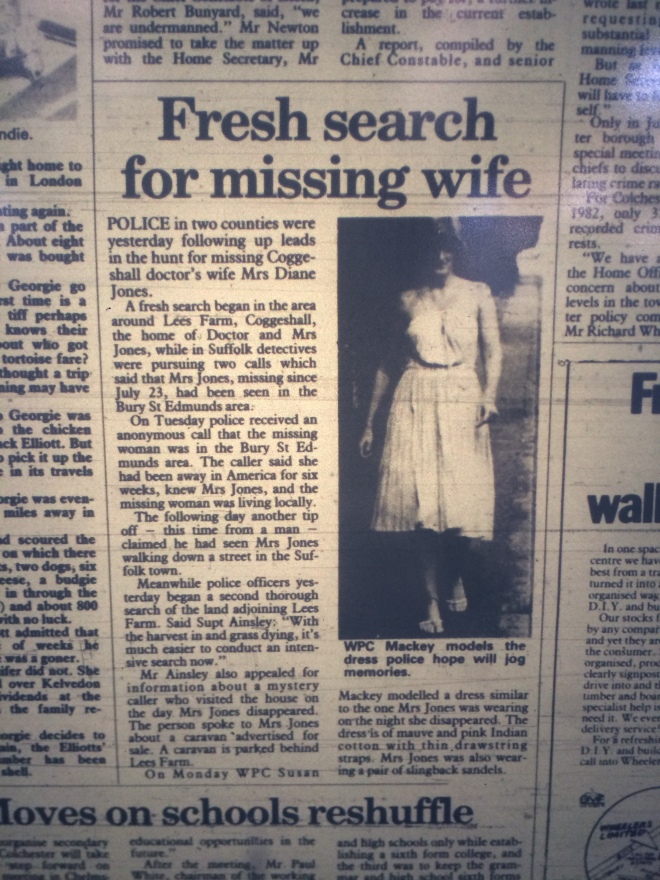 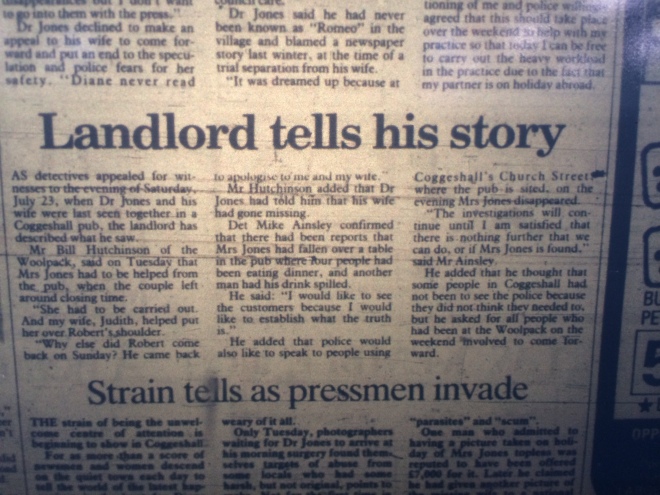